What do a young singer songwriter and a busy businessman have in common?

What do a young singer songwriter and a busy businessman have in common? Enormous passion for music it seems! Sam Kolenbrander and Maurixx teamed up to create the latest release on Dutch DJ World Records. Inspiring lyrics written and sung by Sam backed up by solid beats produced by Maurice combined turned into an amazing house banger.

Directing a big cheese packaging business during the day and DJ-ing the evening, Maurice has found the perfect way to create a balance between his work and passion. Lately he is really working on developing himself as an artist by producing his own tracks.

Maurixx breathes music, music is his energy.  For him it’s about the music and the people who can enjoy it, he feels the connection with the people around him because music is a language that everyone understands. 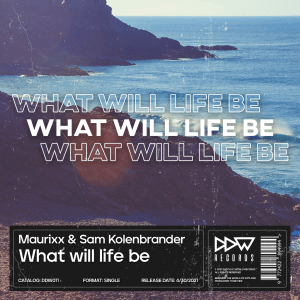 He wants to make people happy with his music and he can do that now, but he prefers to share it with a lot of people at a big party!

Maurixx continues to follow his dreams with the loads of support from his friends and family.

Sam is an 18 year old Sing and Songwriter. He grew up with music, because his parents were also musical, this is how his love for soul, disco and pop music arose.

You can listen the their song “What Will Life Be” here! There is also a music video in the making at this moment. It will be released next week, so keep a close eye on our social media channels!